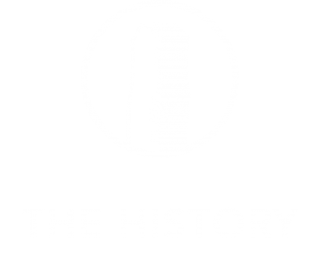 The British empire was conquered by the British navy.
The British navy was built on Irish oak.
The colonial thirst for timber devastated the wildlife & the woodlands of Ireland.

History of Deforestation and Wolf Extermination in Ireland

The wolf features heavily in Irish mythology. The Irish word for wolf is Mac Tíre meaning literally “Son of the Country(side)” Wolves were plentiful in Ireland long after they were hunted to extinction in neighbouring countries. This is why Ireland was known as “Wolf land” to our neighbours and Irish warriors fighting the colonial forces were referred to as “human wolves”.

Trees are also entwined in Irish culture from the deepest of our ancient roots. The early Irish alphabet used tree names as letters. The majority of Irish place-names were once Gaelic tree names. Trees such as Oak, Ash and Hazel were sacred in Brehon law and were believed to have magical and medicinal properties.

Timeline of Deforestation and Devastation

1200 B.C. Post-glacial wild woodland covered approximately 80% of Ireland. Without human interference, the country today would still be a dense blanket of ancient forest.

In pre-Christian Irish society, Brehons or judges laid down the law. This early body of law is now recognised as the oldest known European example of a sophisticated legal system. Brehon laws promoted the symbiotic relationship between humans and nature. Trees were protected because of their value to the community. Chopping down trees was punished by loss of cattle and loss of standing in the community.

Brehon law survived relatively intact right through the Early Christian period and on to the arrival of the Normans in 1169.

1169 A.D. British Rule began in Ireland. The Normans brought the notion of absolute land ownership to Ireland. Brehon law’s reverence of trees and nature was replaced by the colonial urge to subjugate nature and the ‘savages’ of the colonised land. It was under the Normans that Ireland first became a source of timber supply for England. Roads and bridges, as well as houses, were among the structures made from wattling, as the name Baile Átha Cliath (‘the Ford of the Wattles’) implies.

1543 Henry VIII’s Forest Act is enacted. This act is prompted by the English national requirement for shipping, brought on by the increase of colonization led by Drake, Raleigh and Frobisher. This change in policy is to have a drastic and enduring effect on the Irish woodlands.

1560 Elizabeth comes to the throne. During her rule, which stretched to 1603, bitter rebellion in Ireland was widespread. There was a proverb at the time that ‘the Irish will never be tamed while the leaves are on the trees’. Elizabeth expressly orders the destruction of all woods in Ireland to deprive the Irish insurgents of shelter. This arboreal annihilation also provides timber for her ongoing efforts to build up her navy for battle with the Spanish.

1600 Irish forest cover is now down to 12%. The next century is particularly devastating for Irish woodlands and wildlife.

1606 It is estimated that the Tinahely Woods which once covered all the hills and valleys of south Wicklow could furnish the Crown with timber for shipping and other uses for the next twenty years.

1609 Ulster plantations begin, with the province’s prime lands assigned to British undertakers. Often the planters’ first act was to deforest the land to make it suitable for grazing and to monetise the timber.

The idea of plantation had come from Machiavelli’s ‘The Prince’ of 1513. One would assign prime plots of land of the country you were seeking to conquer to loyal subjects from the home country. These ‘planters’ would, by virtue of their new land, become over time the economic and then subsequently, the political elite. The idea is put into effect in Ireland throughout the 17th century.

1610 A Lord Blennerhassett “recommended periodic manhunts to track down the human wolves to their lairs”. The ‘human wolves’ he is referring to are Irish warriors who resided in the forests. These warriors are seen as a threat to the new ‘planters’.

In 1614, an Englishman named Henric Tuttesham was authorised to assemble wolf extermination squads in every county in Ireland. This time it’s the canine Wolf the colonisers are seeking to exterminate.

1649 Cromwell’s campaign begins with massacres of the Irish at Drogheda and Wexford.

1652 Cromwell’s Irish Government set substantial bounties on wolves. This attracts wolf hunters from England. Bounties paid indicate that over 700 wolves were exterminated at this time.

1656 The Civil Survey of Ireland details woods by townland. According to these records, Ireland forestry cover is now down to a meagre 2%. Three and a half centuries later, in 2020 our native woodland is still at 2%.

1666 The Great Fire of London. After the London fire, a law is passed prohibiting the building of houses in Dublin from wood, which was, in any case, now scarce and expensive. The demand for Irish oak to rebuild London was very great.

1704 Catholics are barred from owning property in Ireland.

1711 100 years after the Ulster plantations began, 75% of the land of Ireland has been forfeited and made available to colonists who immediately deforested the land. Ireland is now a “treeless wilderness”. “They have not left enough wood to make a toothpick in places” Chevalier de Latocnaye.

In the year 1786 the last wolf in Ireland was killed in Co Carlow, having been the prime suspect in recent sheep killings.

1903 The Wyndham Land Act in 1903 killed off the “Landlordism” culture in agricultural Ireland. Government loans were advanced to tenants to purchase their land at reasonable terms.

Over the next decade, absentee landlords hastily felled forestry to generate revenue before the final transfers of ownership to their Irish tenants.

1914 Forest cover is at its lowest point: 1.5% of poor quality forestry in Ireland.

1992 A 20 year hard-fought campaign by a number of public interest groups saves the very last vestiges of the Tinahely Oak woods from being clear-felled. Europe’s oldest coppice woods and Ireland’s most ancient oak forest is now under government protection.

2020 More than a century after the low point of 1.5%, Ireland’s natural native tree cover is now a meagre 2%. Our official tree cover of 11% is the lowest in Europe. 9% of the “official” 11% is monoculture plantations which are not a habitat for wildlife and they actually contribute negatively to climate change.

2021 After 8 centuries of deforestation and devastation, a movement of people planting trees gathers momentum.

Will you be part of it?

“Each of us trying to improve biodiversity is not only something that helps the environment and helps the planet – but it’s a radical act of decolonisation!”